I asked on Stories for any streaming platform recommendations regarding shows/movies/series that not everyone & their mother have been watching (i.e. Yellowstone, Schitt’s Creek, etc.) I’ve personally watched only two of these suggestions below, which is VERY exciting for me along with you if you need something new to watch this Winter ;]

Reminds me of HBO Girls but the UK high school edition, recommend subtitles to understand the slang/jokes

Searching for a fresh start, a nurse practitioner moves from LA to a remote northern California town and is surprised by what and who she finds

The story of four older women who share a house in Miami Beach, Florida. RIP Betty White – what a legend

Focuses on “the epicenter of America’s struggle with opioid addiction” across the U.S. and specifically the drug OxyContin. Thomas is currently reading this book & says it’s WILD

Satirical, comedic drama about the rise of Catherine the Great from outsider to the longest reigning female ruler in Russia’s history

Only Murders in the Building (Comedy-Mystery Series)

Follows three strangers (Steve Martin, Martin Short, and Selena Gomez) who share an obsession with true crime and suddenly find themselves wrapped up in one

Tells the narrative of a high-school girls soccer team of wildly talented players who survive a plane crash deep in the Ontario wilderness. Can be watched with Showtime add-on  on Hulu or on Showtime On-Demand if you have that subscription

Follows the lives of four 18-year-old freshmen roommates at the fictional Essex College in Vermont, covering their sexually active lifestyle as they deal with different struggles and hardship that college brings. I actually started it because one of the girls in the supporting cast, who plays Alicia, is my high school classmate – Midori Iwama. It’s so awesome to watch all her hard work come together since her Liberty Insurance commercial days (remember the car named Brad, which was totaled? That was her!) She also starred in the Christmas Rom-com ‘Dash & Lily’ on Netflix which I personally haven’t watched but heard great things!

Mare Sheehan, an office police investigator in a small Pennsylvania town, investigates a brutal murder as she tries to keep her life from falling apart

Focuses on Grace Fraser, a successful therapist, and her devoted husband, Jonathan, and their young son who attends an elite private school in New York City. A chasm opens in Grace’s seemingly perfect life: a violent death, a missing spouse, and a chain of terrible revelations The Madrigals are an extraordinary family who live hidden in the mountains of Colombia in a charmed place called the Encanto. The magic of the Encanto has blessed every child in the family with a unique gift — every child except Mirabel. However, she soon may be the Madrigals last hope when she discovers that the magic surrounding the Encanto is now in danger

On the sands of Tatoonie, bounty hunter Boba Fett and mercenary Fennec Shand navigate the Galaxy’s underworld and fight for Jabba the Hutt’s old territory

Starring Kristen Stewart (who I think is perfect for this role), this film adaptation is inspired by Princess Diana’s decision to end her marriage to Prince Charles and leave the British royal family

Moiraine, a member of a magical organization, takes five young people on a journey, believing that one of them might be the reincarnation of the Dragon, a powerful individual prophesied to save the world or destroy it

Starring Hailee Steinfeld as Emily Dickinson, the story behind the poet-daughter-total rebel totally determined to become the world’s greatest poet

An inside look at the modern workplace through the lens of the people who help America wake up, pulling back the curtain on early morning television *Trigger warning for sexual assault adaptations*

A suburban homemaker and her best friend turn a hobby into a multi-million-dollar counterfeit coupon caper. After complaining about cereal gone stale, the pair receives dozens of freebies, inspiring them to hatch an illegal coupon club scheme.

Follows the Dutton family, owners of the largest ranch in Montana. The plot revolves around family drama & conflicts with the bordering Native American Reservations and National Parks I spent a solid 1.5 hours working on my home screen & although an unnecessary use of valuable time, it makes me very happy to look at whenever I unlock my phone (which is always.) Therefore, it was worth the effort 100%

It’s not difficult to do, moreso tedious and the perfectionist in me probably made this take longer than the average person. However, some things I had to Google/research and most of what I came across was not as straightforward to my liking in terms of instruction. So I’ll share the steps I personally took to get this aesthetic with you here

Allows you to create a custom widget display on your phone home screen – from photos to a calendar display (as seen on mine.) I recommend saving some of your favorite quotes or photos you want to play around with here. Swapping & moving the widgets around is pretty straightforward

I purchased all but 3 of the icons shown on my phone from an Etsy Seller in a bundle package. The other 3 I made myself in Canva to represent the bottom (3) Icons – Phone, Email, Text – using the custom dimensions of 1024 x 1024px for the appropriate size

Download & Save your purchased/created icons to your phone’s photo gallery – I recommend uploading all to Dropbox, sending yourself the download link and clicking via phone email to save each.

Here’s where it got a little tricky for me but lucky for you, I’m going to make this as simple of a process to implement by including this video recording from my phone below

In Open App – tap the highlighted blue App text – in redirected search bar, type out the desired app you wish to replace with a custom icon (i.e. Instagram) & click

In New Shortcut, you’ll be able to customize the icon image & name – tap on the smaller of the two icons & click Choose Photo to select desired icon image – Click Add in top right corner to save changes At this point, you’ll be closed out of Shortcuts and find your new icon image on one of the pages of your iPhone home screen. Hold down to move to desired location on first/main page. Then hold down on the original app the shortcut icon is replacing & move to another page to hide it from immediate view. When I first replaced all the icons, I made the mistake of not clicking DONE after each time I reopened Shortcuts to upload the next icon for the next app – which means that every app on my home screen was redirecting to my messages after I checked my work… Not fun to do it all over again, makes sense why this took me 1.5 hours now haha.

So make sure to click the DONE button before clicking the + and repeating the steps for every app you’ll be replacing the image for. You should have a handful of shortcuts in a subfolder within the utility to represent each app (as seen in the screenshot below.) The ONLY thing I’m not happy with, or at least can’t figure out how to disable, is the popup banner notification that shows whenever I click one of the new shortcut-made icons on my home screen to access the app (i.e. IG & Pinterest as shown above.) It’s not that big of a deal and I’ve gotten used to it/swipe it up & away for now, but it would be nice to know how to eliminate such a notification from showing up each time. Will update once I have the time to dedicate to this research of elimination.

ALSO – these new icons made via Shortcut cannot show you the # notifications regarding email, message & missed call/voicemail numbers. If you look back on the screenshot of my home screen vs page 2 on my phone, you can see the actual number notification of pending texts, emails etc. to read. My phone still vibrates/pings whenever I get a text or call, but I cannot physically see if something hit my phone unless I tap to open the app itself. In a way, it’s nice to not have all those red numbers to stress over; kind of like a hybrid “Do Not Disturb” mode. But something to keep in mind if you’re awaiting an urgent text/call/email on a given day. 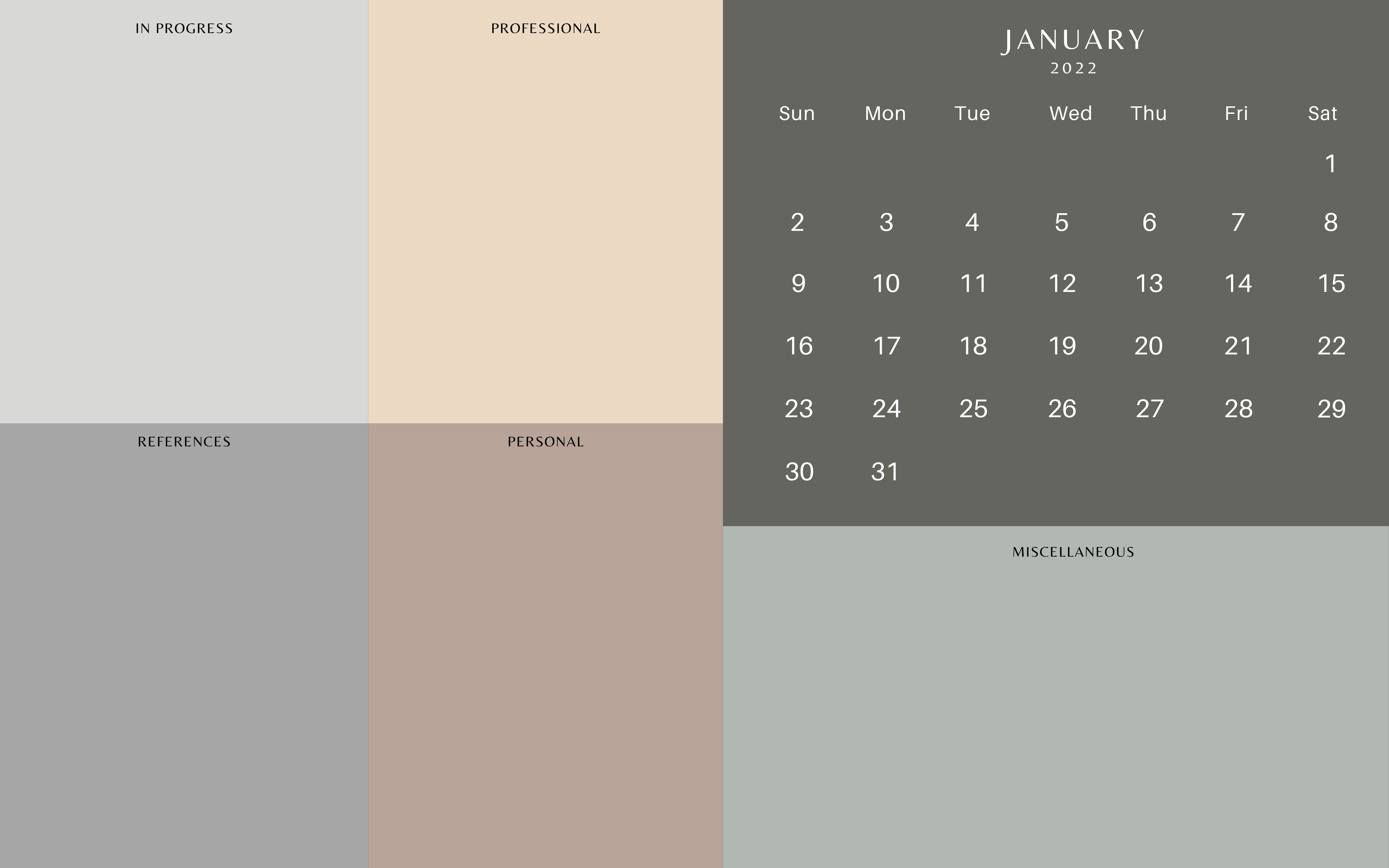 A few of you reached out to ask what the background of my laptop/desktop is all about. Basically, anyone with a desire to organize will call this a DREAM wallpaper scenario. And you can grab your very own digital download of my organizer template with just a few clicks! J.Crew Cable Knit Cashmere 1/4 Zip Sweater – so cozy, not itchy at all, currently on sale!

Marc Fisher Shearling Combat Boots – thought about these for a while, finally got em!

TanLUXE The Face Bronzing Drops – mix 3 drops with your nightly moisturizer to wake up with the most natural glow ever, highly recommend for the winter months; I use the light/medium shade Hue Mini Crew Socks – comes in 6-pack & been wearing on repeat, even for workouts

Fleece-Lined Leggings – a MUST for true winter temperatures, comes in 2-pack with high-waisted fit

Orolay Shearling Down Puffer Jacket – incredibly warm, recommend sizing up as I find this brand runs on the smaller side

Adjustable/Collapsible Laptop Display Stand – my neck & back are very thankful, fits right in my bag when working at a coffee shop